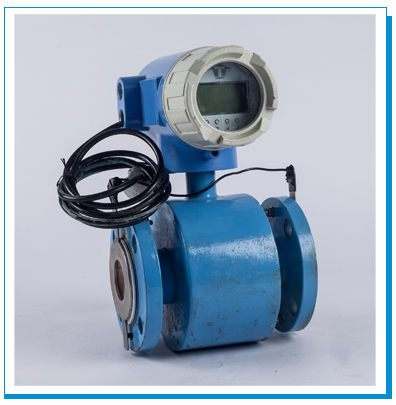 E = BYV.D.
Where
E = Induced emf proportional to velocity.
B = Magnetic flux Density
V = Average velocity of the media
D = Distance between two electrodes or Practically the diameter of the flow sensor

Since the Flux Density and diameter of the flow sensor are fixed for given combination Theemf becomes proportional to average velocity only and in turn the volumetric flow rate.

Unaffected by the temperature, pressure, density, or viscosity of the liquid.
Able to detect liquids that include contaminants (solids, air bubbles)
There is no pressure loss
No moving parts (improves reliability)